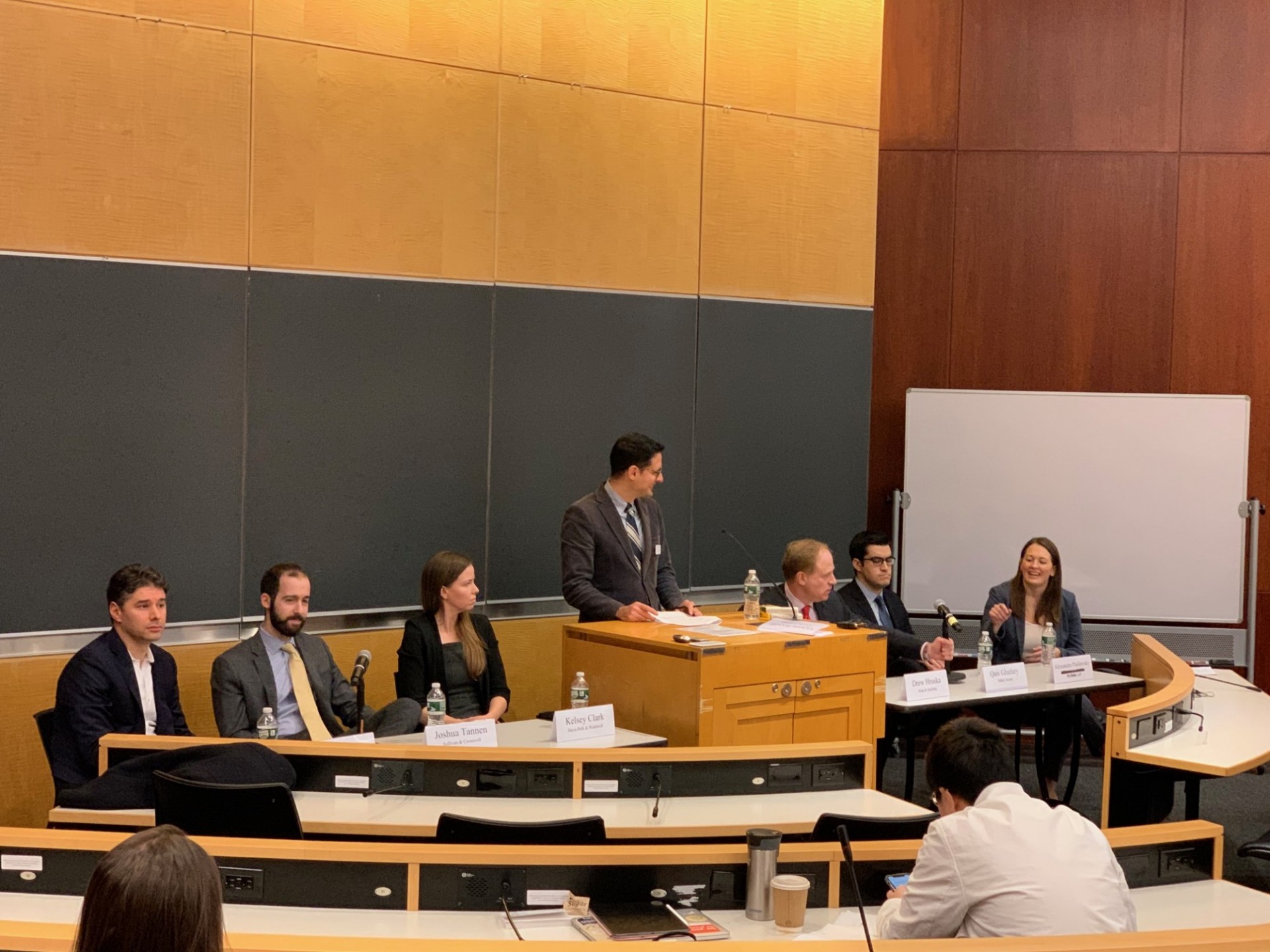 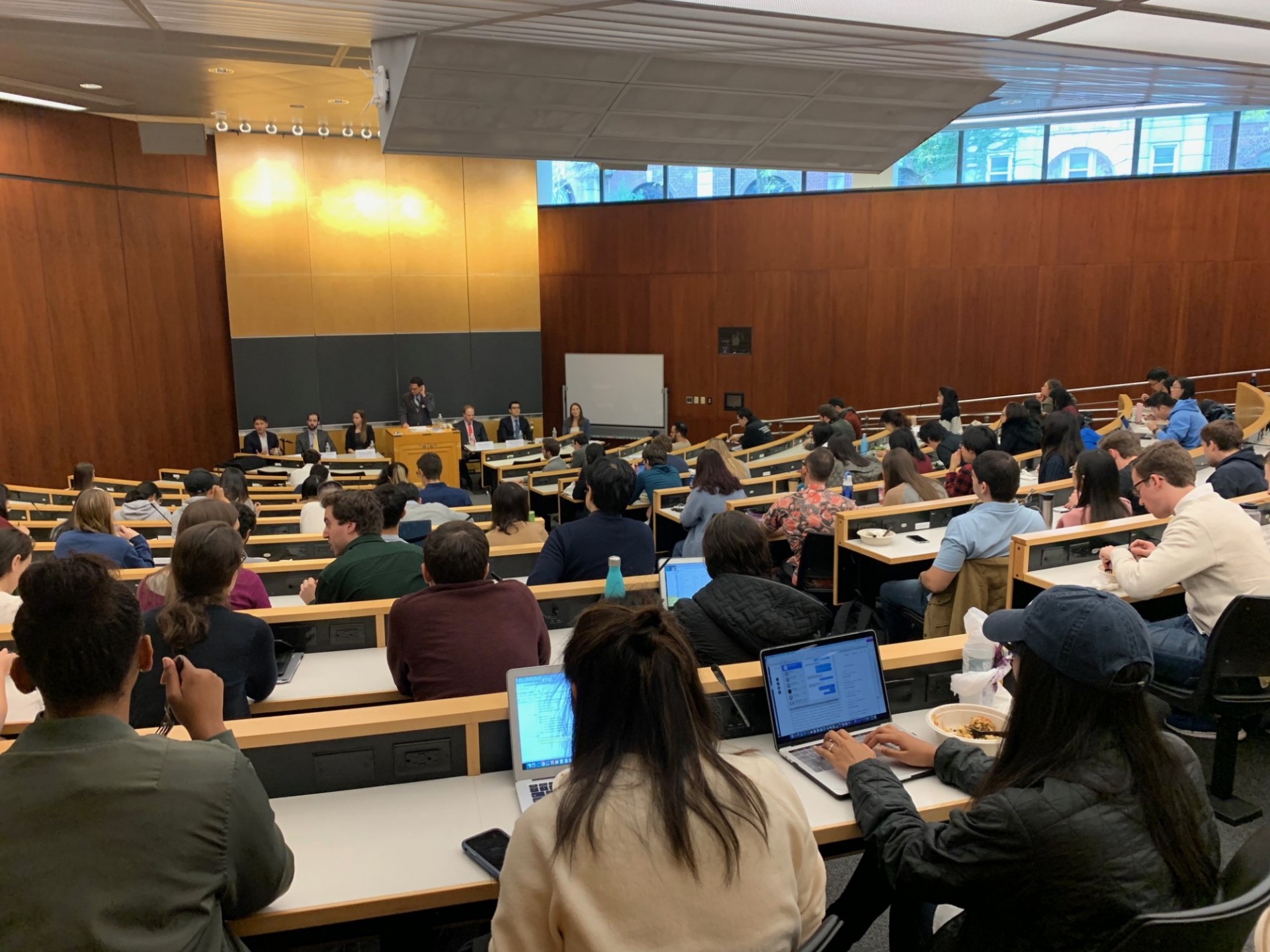 The White Collar Crime and Government Enforcement panel took place on November 11, 2019 and featured six practicing attorneys: Kelsey Clark, Davis Polk & Wardwell LLP; Drew Hruska, King & Spalding LLP; Alexandra Paslawsky, Milbank LLP; Harris Fischman, Paul, Weiss, Rifkind, Wharton & Garrison LLP; Qais Ghafary, Sidley Austin LLP; and Joshua Tannen, Sullivan & Cromwell LLP. In addressing the scope of their practice, the panels unanimously agreed that it is very broad and encompasses both criminal and civil work, from representing companies to serving as an examiner for (inter)governmental organizations like the United Nations and the Federal Reserve. In addition, since much of their work involves government agencies and foreign parties, such as cases that arise from Foreign Corrupt Practices Act (FCPA), there is not a substantial amount of case law to look to and issues that arise remain low-profile. As a result, there are many gray areas, and attorneys are required to be not only creative litigators who are agile in their strategies, but also independent in conducting research and negotiating.

Another unique characteristic of the practice that the panelists emphasized is that unlike most other practice areas in which negotiations occur before a neutral arbiter, negotiations in white collar crime occur directly with the party (most often a government agency) who has the power to make the final decision. This aspect of practice encourages attorneys to adopt strategic methods in presenting their arguments to the other party; the arguments should be crafted in a way that will farther the client’s position but also appear to be of merit to the other party, so that the other party will make a decision favorable to the client.

At the closing of the panel, the panelists suggested various preparation work that can be done to succeed in the field of white collar crime and government enforcement. They emphasized the benefits of judicial clerkships as an opportunity to develop research and writing skills, as well as to observe the various strategies in litigation.